When it had struck, I couldn’t believe it. And then I was simply numb. As parents, family and friends prepared for a complete breakdown, they ensured that I wasn’t alone and always had someone to talk to. But days past, with no outburst. I felt less and less the need or urge to talk to people. My mind was occupied 24×7 as I conversed with it incessantly. It became a part of my bearing and existence; both mental and physical. I would ruminate over mistakes, both real and imaginary, wondering which action could have changed the fate. But the finality of the failure was slowly sinking in. But I still couldn’t believe that this had happened to me. Why me?

Watching me drift into this solemn, solitary existence, my mother suggested we take a trip. Travel, I thought, was for the good times; full of excitement of the unknown. Here, I was struggling to accept the known. Why would she even suggest that? But then mothers have their own tricks for healing. Reluctantly, I decided to go to the City of Lakes, Udaipur, in the western state of Rajasthan. I had always wanted and hoped to go to Udaipur. But not like this. Should one qualify one’s demands to factor in the worst form of their deliverance, I wondered!

While the flight journey did little to take my mind off my misery, as one stepped out of the airport the blazing sun hit us. Suddenly, the physical change was overbearing. For a while my body seemed to fight the onslaught of the adverse weather; it still has it in it to fight I noted! As we drove to the city, with the mighty Aravalli Range as a constant companion, I realized how different an impression one had of this ancient Range. While I observed, my mind kept returning to its own courtroom, where incessantly I argued why the failure was unwarranted and unfair. I won the case in my mind every time, but remained trapped nevertheless.

Udaipur’s entry is not magnificent or grand. Perhaps, the city is similar to any other. As the city unfolded, the never ending question ‘Why me’ surfaced again. My mind had stopped trying to fight it long ago. But then suddenly, we turned towards the City Palace and almost magically, Lake Pichola was on our left and the grand Mewar legacy of gorgeous buildings was on our right. It was like entering a Universal Studios set, where one moment you are in line and the next moment you are living a fantasy. Failure, I thought, hits you in a similar fashion; suddenly out of nowhere, except that you know it’s been lurking in the dark all along. 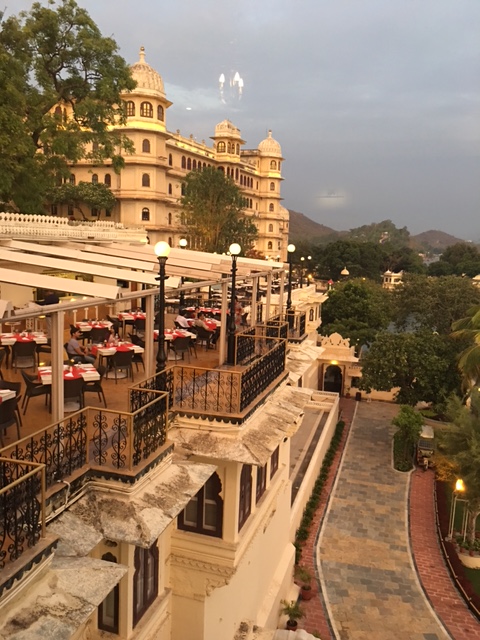 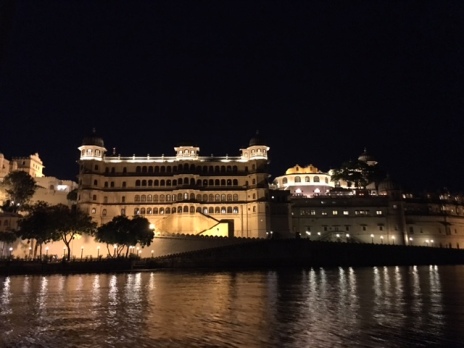 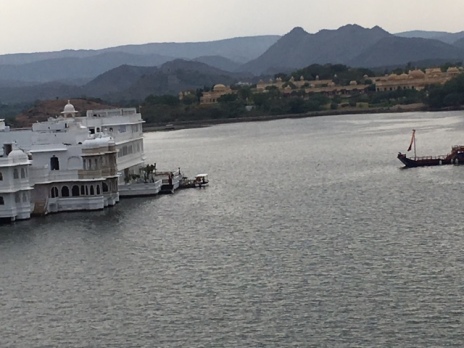 Our lake facing hotel room presented a breathtaking view of Udaipur’s picture-postcard beauty. Its serenity juxtaposed against the storm within, confused my mind. The avid traveler in me wanted to explore, while the defeated me wanted to crawl in bed and do little else.

Dragged out of the room, we decided to head out to the old city, whose ancient heritage was visible in the grandeur and architecture of buildings. Small shops selling everything from jewellery to clothes throng the crisscrossing bylanes. While the first reactions were of questioning the futility of things and material gains, as we visited Jagdishpur Temple and later Bagore Ki Haveli, I found my old self clawing its way back.

Travel for me is always about exploring the contextual reality in a historical background. And Udaipur is a city which offers just this. And slowly, my phone was out with Google maps helping me search for places to see in the old town and where to grab a bite. Was Udaipur going to be the place I found myself again, I wondered?

The trip involved visits to nearby Kumbalgarh Fort and the temples of Ranakpur and Nathdwara. I found myself oscillating between  travel-induced excitement and a sense of complete loss of interest. There was excitement about the sound and light show at the majestic Kumbalgarh Fort, as well as awe at the marble marvels of Ranakpur temple. Setting aside my seemingly permanent grudge against the divine, I focused on the architecture, scenic beauty and the economy of temple towns, which all add up to create a sense of positive energy.

I don’t remember when and where, but as one stood in lines and observed co-travelers, one realized that each came with their own set of baggage, replete with bundles of joy and sorrow. I cannot say that travel had purged me of my misery. But it had given me a new perspective and the strength to cope. 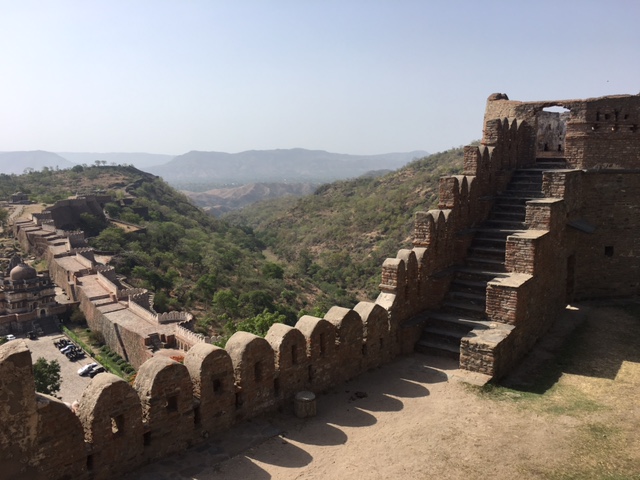 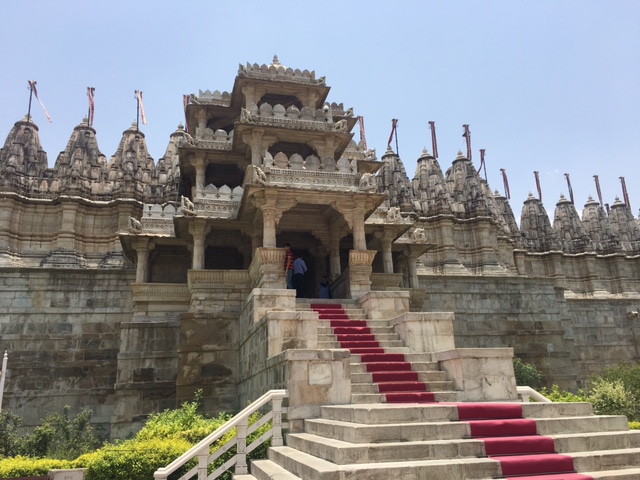 When failure strikes, a victim syndrome and simmering anger are common responses. While the general advice is to ‘learn and rise’, the momentous reality is often very different. The ‘learn and rise’ philosophy is the long term consequence and rarely the immediate response.

To deal with the sense of loss and failure, a change of place can do wonders. Breaking the daily rut and exploring a new place can often put things in perspective. Yes, the Aravalli Range, as per textbooks is composed of residual mountains, but you have to see it in Rajasthan to realize their might and beauty.

Failure is also a perception of self, reality and the uncertain future. Sometimes, travel can provide a new lens. And if nothing else, it offers one the choice of starting afresh on return!