Last month I got membership of a prestigious club in New Delhi – the Gymkhana Club. After being on the waiting list for over twenty years the membership came through. When I saw my name up on the notice board, I remembered my father.

Twenty years ago, as a single mother while I was coping with work and being a parent, he had brought the form to me. The recommendation columns were already filled by two of his colleagues who were members. He had convinced me to fill it up. Explaining to me that as and when the membership came, both of us – my daughter and me – could enjoy it. He had never been a member, never being the clubbing type, but he had thought about it for us!

That was my father – forward thinker, positive and a man way ahead of his times. This month it is a decade since he has passed. Every year on his death anniversary my sister and I remember him together, we meet or talk on the phone. That is our ritual homage to him.

One realizes as the years pass that parents never go away from our lives. At happy moments, more so in sad ones, they come unbidden in thoughts. Also, as time goes by one understands them more, in a way one never did when they were around. The memory prism transforms overtime.

My father, I can see him more as a human being now, and not only as my father. Last week, I was nagging my daughter to finish some pending work. She was procrastinating. As we argued, she said, “Stop it. I will do it, don’t push me like this.” In that moment, I felt that my father’s impatience, stubbornness and anger had found a home in me. The argument echoed of times past and a sense of deja vu enveloped me. How many times he and I had fought similarly! In that instant, I understood his anxiety, and what had egged him on.

When my mother had died in 2004, my father chose an electric cremation, as he believed it was environment friendly. In that most personal and ritualistic moment he had taken a reasoned and practical decision.

A simple, middle class professional, he had an indomitable spirit that mesmerizes me more as time passes. When he was around our relationship was often fraught with tension, we fought and argued. Increasingly I wish I had understood him then, as I do now.

Sometime ago, I was going through a personal crisis. As I struggled, I wondered what my father would have done in such a situation. He would have taken the path that moved life forward, setting aside baggage and negative feelings, and what others thought about it. So many times he had done that in his life. As I reflected on some of his choices, it was clear that I had never understood this then.

Slowly, it dawned on me that the decision had to be taken by me, all on my own.This singular isolation of decision making in life is something one realizes only as we grow older. It is not about loneliness, being alone or solitary. People are there to help and hand hold. However, the fact is that it is your life, and you have to decide what to do with it.

In the decade since he has gone, I have learnt so much from him. Each time the memory prism gives me a different perspective, making the spectrum of life simpler to navigate. 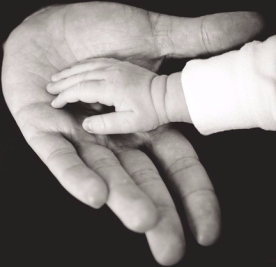