Deep in the south of the US, in the breezy and calm city of Atlanta, beholding a statue of Mahatama Gandhi is awe inspiring. Atop a black pedastal, Gandhiji stands with his ubiquitous staff framed by the brick red King’s Center.

“Gandhi ji was inevitable. If humanity is to progress Gandhi is inescapable” – this is what Martin Luther King Jr. said about him. Gandhiji’s statue stands at the head of the pathway “Wall of fame” that highlights the stalwarts of the civil rights movement in the USA. The Indian connection to the civil rights movement in that country was frankly, for me, a proud revelation. 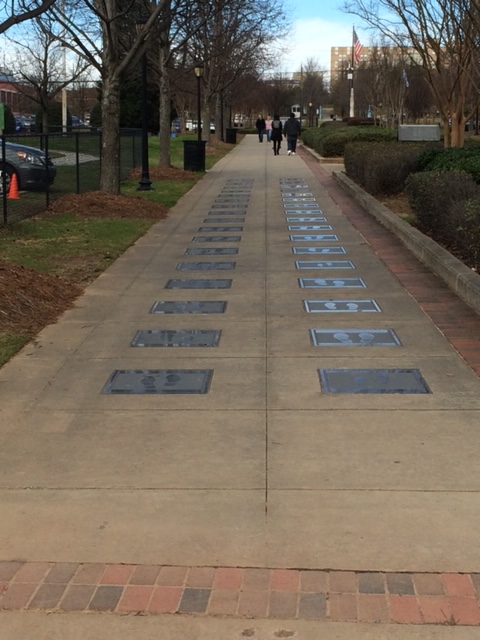 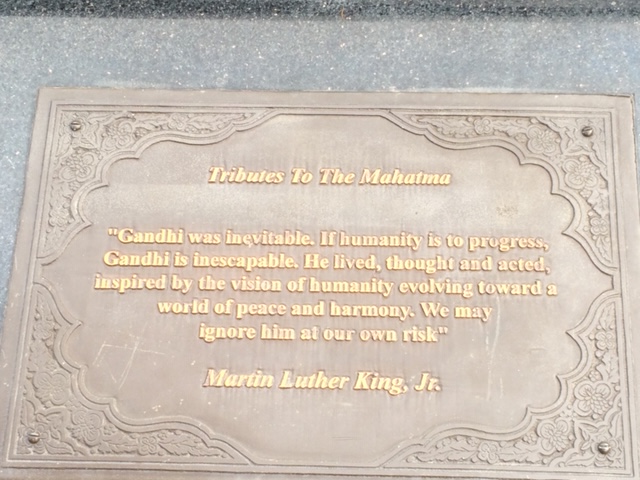 Called the Martin Luther King Jr National Historic site in Atlanta, a visit to the sprawling complex is a walk through history that charts one the eternal struggles of humanity. The quest for equality.

One of the youngest winners of the Nobel Peace Prize, a pastor by profession, Dr King is a towering presence in the African-American struggle. The visitor center at the site is homage to his life and ideals. At the visitor’s center, one of the first things to do is to register for a tour of the birth house of Dr. King. We were late and the tour for the day was full.  There is a film on view on the life of Dr. King which is a must see. “Courage to Lead” a permanent exhibition provides insights into his early life and subsequent struggles. The King’s center is free for visitors. A walk across the road leads to the historic Ebenezer Baptist Church, where Dr. King was a co-pastor while he worked tirelessly for civil rights. A functioning church to this day, its simplicity and serenity stay with you long after

A short distance from the church is the walk to the Freedom Hall. On the walkway burns an eternal flame near the crypts of Dr and Mrs King. 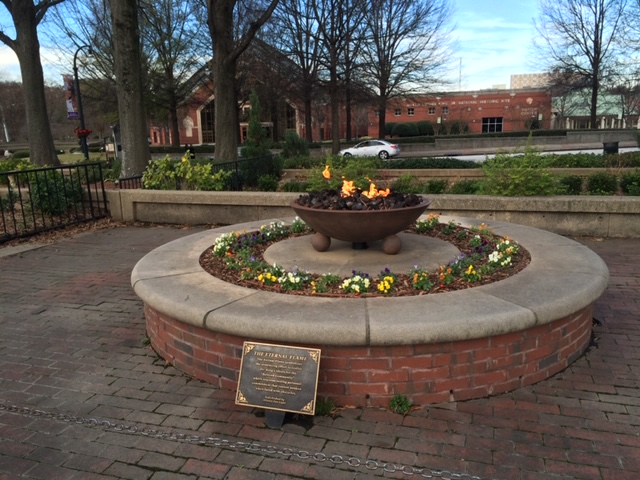 The exhibitions in Freedom Hall capture the life and struggles of Dr. King. The most interesting one for me was the room called “Gandhi room”.  On 3 February 1959, supported by the then Indian Prime Minister Pandit Nehru, Dr. King, his wife and a colleague Lawrence Reddick spent five weeks in India to learn and study about Mahatma Gandhi.

After Rosa Park’s revolt, Dr. King became the leader of the Montgomery bus boycott, and thereafter of the civil rights movement. His two weapons for the battle were – faith in God and non-violence. He has said “From my background I gained my regulating Christian ideals”, he later said, “From Gandhi, I learned my operational technique”.  The Gandhi Room in the Freedom Hall pays homage to the Mahatma and has some interesting information on Dr. King’s historic trip to India.

Although the birth house of Dr. King was out of bound for us we did walk up and peep through the windows of the large house. Dr. King belonged to a prosperous family, was a PhD in theology and was a father of four children. In all this normalcy, what was not right was the segregation he faced. Embracing the ideal of non-violence he dared to dream and make the world how he wished it to be.

As we left after a long morning spent at the King Center, what lingered was the legacy of Gandhiji to the civil rights movement in the United States. It makes one proud.

“Injustice anywhere is a threat to justice everywhere,” said Dr King in a prescient manner. The struggle for equality is far from over. It still resonates in the pristine surroundings in the USA and in the chaotic humdrum of India. We are all a part of it, and our legacies guide and lead us.